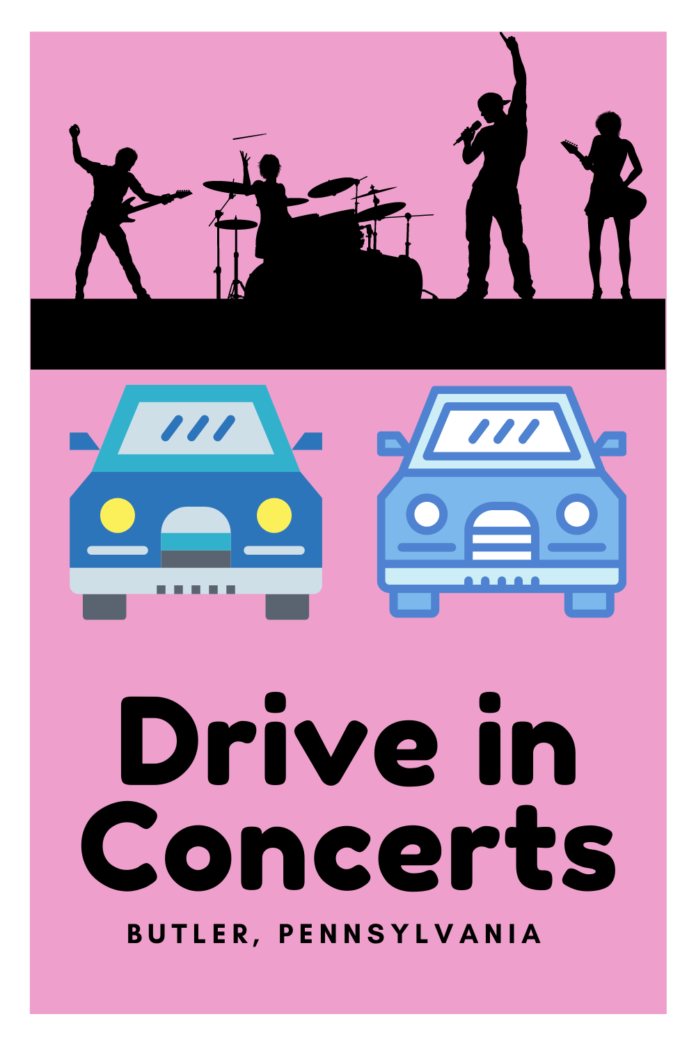 The Starlight Drive-In has been entertaining families in Butler, Pennsylvania, since 1958.  The Starlight combines nostalgia with a high tech movie experience and concert series.

Along with the movie or concert, you can enjoy some great food.  Their Concession Stand offers hot food items, like pizza, fries, and pretzels, as well as candy and drinks.  And the Concession Stand carries everyone’s favorite – movie popcorn!

We’re all so happy to be out of the house and enjoying top entertainment, but we must maintain social distancing.  You can bring lawn chairs and sit in front of your vehicle.  Masks are required when you go to the Concession Stand or to the restrooms.

The upcoming concerts and comedy shows include

A one man jam band, Keller Williams is a singer, songwriter and musician.  Incredibly creative and innovative, his eccentric guitar talents make him a unique performer.

Cabinet is a psychedelic/grass/rock band from the hills of Northeast Pennsylvania.  You’ll hear songs from their self titled album.

Hannibal Buress is a comedian, actor and writer.  His acting credits include “The Eric Andre Show” and Comedy Central’s “Broad City.”  He was a writer for Saturday Night Live and 30 Rock.  Hannibal has been featured on The Tonight Show with Jimmy Fallon. Late Show with David Letterman, Conan, Jimmy Kimmel Live! and numerous Comedy Central shows.

Nate Burgatze has been on the late night shows with Jimmy Fallon and Conan many times.  In 2013, he was the winner of New York’s Comedy Festival and the Boston Comedy Festival.  He’s made 2 comedy albums, a Comedy Central special, the Netflix series, “The Standups,” and the special “The Tennessee Kid.”

Iliza Shleshinger is a stand up comedian.  She was thee winner of NBC’s Last Comic Standing.  Iliza has hosted the syndicated dating “Excused” and the TBS game show “Separation Anxiety.”

Skillet is a Christian rock band from Memphis.  Genres include Christian metal, alternative rock, nu metal, hard rock and symphonic metal.  They are touring in support of their latest album, Victorious.

Book these great shows through Awesome Seating to get the best available price.

Win A Trip To Paris Sweepstakes

Win a Trip to Nantucket