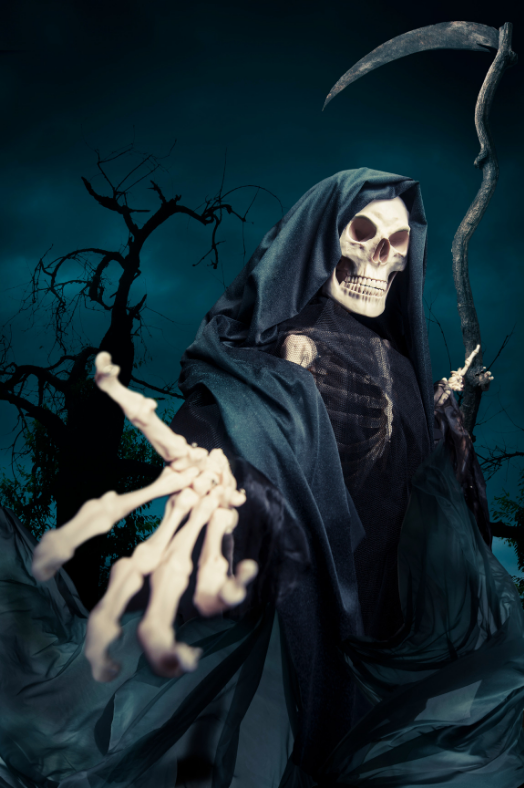 Reaper’s Revenge was rated by PAHauntedHouses as one of the top ten haunted attractions in Pennsylvania, and for good reason.  There are so many spooky experiences you can have at this Scranton, Pennsylvania attraction.  Its is the perfect place to go during the Halloween season.

Reaper’s Revenge is 60 acres of scares and consists of four main attractions.

Realm of Reaper’s Forest is a haunted hayride.  You’ll board a tractor-pulled hay wagon and head into 60 acres of dark trails.  The Reaper’s own creatures & zombies will be lurking at every twist and turn, so beware!

Lost Carnival is a sideshow full of deranged clowns and freaks.  You’ll want to try to reach the Tunnel of Love to exit…except…what exactly is on the other side?

Pitch Black Incorporated was, at one time, a thriving light bulb factory.  But all that changed with the horrible electric accident of 1924.  Most of the employees were killed and the factory shut down.  But ever since, there have been reports of strange incidences.  And those who were brave enough to enter were never seen again.  But I’m sure nothing will happen to you…right?

So, unfortunately, the Eastern half of the United States has suffered a gigantic bio-nuclear attack.  You’re one of the few lucky survivors who escaped the cannibalistic mutants.  You’ve gotten to Sector 13, which is the last remaining bridge to the western United States.  But here’s the thing.  Sector 13 wasn’t actually supposed to be a bridge to the western US.  Instead, it was meant to contain mutants!  So now you have to make your way out the maze of psychological scares before zombies can overtake you.

Looking to save money on Reaper’s Revenge with a coupon?  Well, have I got a deal for you!  Not only are these tickets up to 42% off, but they also get you a shortened wait time!  Just click here for this great deal.