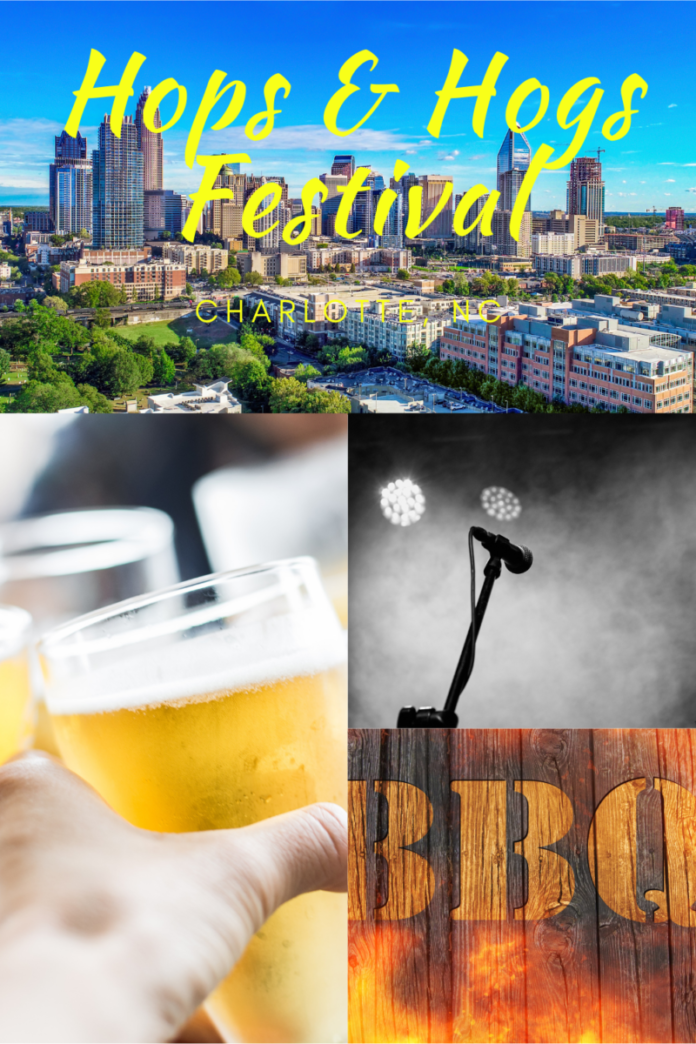 The Hops & Hogs Festival is returning to Charlotte on October 8, 2022, from 11 am to 11 pm. Grab your friends and come out and join in the fun at the American Legion Memorial Stadium.

When you enter the stadium, you’ll hear the sounds of the music. Then the wafting aromas of barbecue will hit you. And then the fun begins!

The Hops & Hogs Festival will have vendors with some of the tastiest barbecue in the Carolinas. Come ready to eat, drink and pig out! You’re going to be in hog heaven!

The festival will have a BBQ Competition to be judged by five time Champion Myron Mixon. There are two divisions in the Myron Mixon Ribsket Challenge. Division 1 is for Ribs. The entry fee is $300 and the First Place Champion will win a prize of $2,000 and an award. Division 2 is for Brisket with the same entry fee and prize money.

And while you’re enjoying the brews and the barbecue, you can enjoy the live entertainment. Performers include

More artists will be announced.

Have fun in the sun at this outdoor festival. Craft vendors will be there to provide a great shopping experience.

Are you looking for a way to save money on the Hops & Hogs Festival? Click here and you can save $73 (53% discount) on each ticket.

Coupon For Screemers In Vaughan, Ontario

Save On Cruises Out Of Galveston