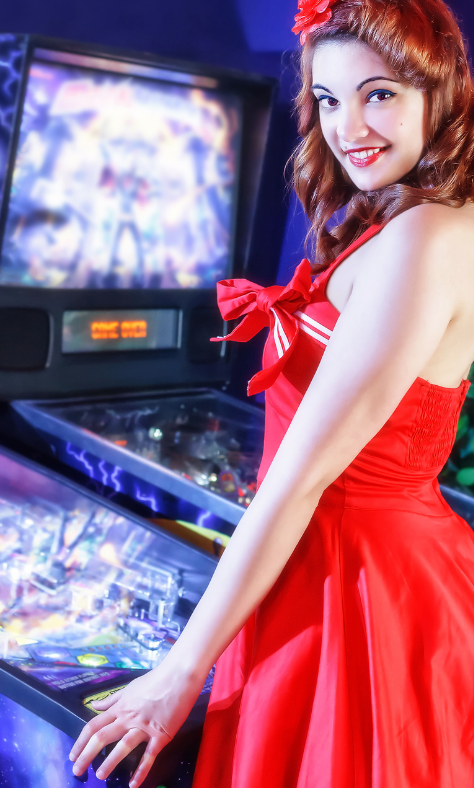 Flip Side Retro Arcade in Bristol, Tennessee offers family entertainment while honoring and sharing the history of games. That’s because Flip Side is both a vintage arcade and a museum!

On the arcade side, kids and adults alike can enjoy pinball, classic console and arcade games. A play pass will let you play as long as you want for the day. You can even leave and come back later in the day, as long as you save your arm band.

And as for the historical aspect, some of the games are very rare, with one dating back as far as 1931!

Today we’re going to go over some of the games you can enjoy at Flip-Side. And then we’ll share how you can save money with a discount!

There are more than 36 pinball machines at Flip Side Retro Arcade!

This includes a Gottlieb Bingo game from 1931, which was the first coin operated pinball machine. Play it and you might win a free pass for your next visit!

The Wonderland game from 1955 is one of only a handful that are left in the world. Keep in mind that it was made back when pinball was banned in major U.S. cities like Los Angeles, Chicago, and New York City!

Other pinball machines at Flip Side include:

At FlipSide Retro Arcade, you’ll find a number of classic arcade games from the 1970s, 80s, and 90s. That includes Ms. Pac-Man, Space Invaders, Donkey Kong, Frogger, and many more.

While at the arcade, don’t miss Atari Breakout. This is a logic video game from 1976. And it was actually designed by Steve Wozniak and Steve Jobs, before Apple was founded!

Another standout game is Sea Devil, an electromechanical video game from 1970. You can see what it’s like in this video.

And for me, Wacky Gator is one that really brings back some happy memories from my childhood. This 1990 game is similar to a “whack a mole” type game, except that it’s alligators (and the gators move horizontally).

I’m sure you’d love to be able to save money at the arcade with some coupons, right?

Well, you’re in luck! Simply click here and you can enjoy discounted play passes for Flipside Retro Arcade. The discounts apply to general play passes for one, two, four, and six people.

Depending on the pass you choose, you’ll save between 10% and 17% off! And you don’t even have to enter in a coupon or promo code – the savings will be automatic.

The arcade is closed on Tuesdays. Otherwise, here are the hours of operation: