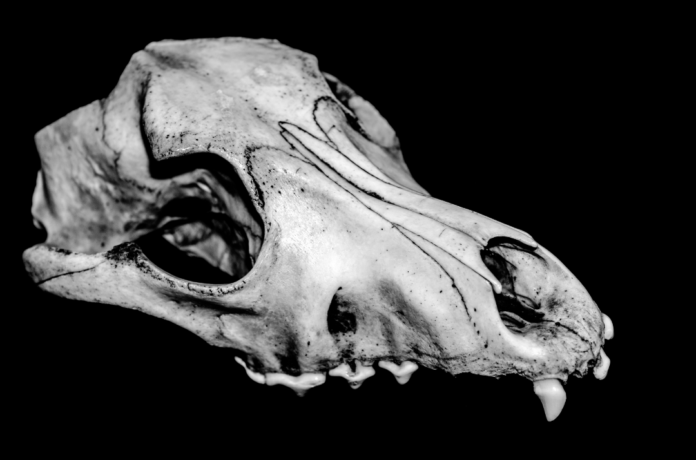 America’s only skeleton museum resides in Oklahoma City, Oklahoma.  SKELETONS: Museum of Osteology celebrates the form and function of the skeletal system.

So how does a museum like this come to be?  Well, it all started back in 1972, when 7-year-old Jay Villemarette started collecting skulls.  By 1986, it became more than a hobby to him.  He opened up Skulls Unlimited, a one-of-a-kind bone shop that gained such attention it was featured on popular shows like Ripley’s Believe It or Not! and Dirty Jobs.  And this success led Jay to open SKELETONS: Museum of Osteology in 2010.

This 7,000-square-foot museum is now home to more than 300 skeletons.  In fact, this museum has the distinction of being the largest privately held collection of osteological specimens in the world.  Guests get to explore rare species, skulls, and skeletons through a variety of great exhibits.

Primates consist of 431 species of monkeys, apes, lemurs, lorises, and tarsiers, and you can see skeletons of some of these primates in this exhibit.

By aves, I mean birds! See skeletal remains of birds like falcons, hawks, eagles, and owls.

When I say flightless birds, I am referring to animals like penguins, ostriches, emus, kiwis, cassowaries, and rheas.  This exhibit is where you can skeletal remains for some of these animals.

Carnivora refers to animals that eat other animals.  You can see skeletal remains of animals like cats, dogs, bears, skunks, and more in this exhibit.

Marsupials refer to pouch-bearing animals like kangaroos, wallabies & possums, and the Tasmanian Devil.  You can see skeletons of these animals in this exhibit.

This exhibit is just for skeletons of animals you find in the Sooner State.  This is for animals like beavers, American bison, Squirrels, foxes, muskrats, box turtles, and mice.

This is where you can get hands-on experience with over a dozen real animal skulls.  This is a one-of-a-kind experience where children can handle a variety of North American species.  You can even take on the challenge of the three “Mystery Skulls”.

See how you can examine the skull to determine the cause of death.

This exhibit is an examination of adaptation and locomotion in the wild.

So about that coupon!  Click here and you can save up to 37% on your admission to SKELETONS: Museum of Osteology.  No promo code or coupon is needed as the saving is automatic!

Save on SweetWater 420 Fest in Atlanta