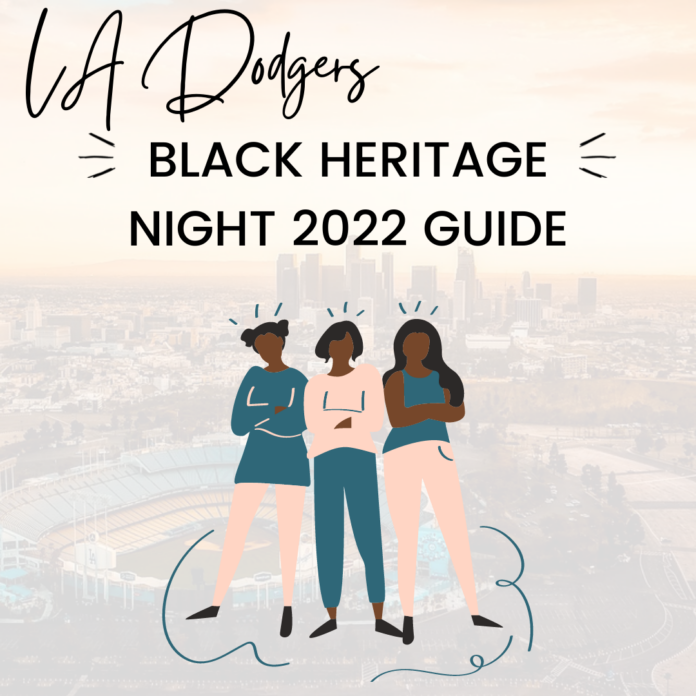 It’s no secret to anyone who reads this blog that we love Los Angeles Dodgers theme nights.  And they have a great theme night coming up.  On Monday, September 19, 2022, you can come to Dodgers Stadium for their annual Black Heritage Night!

Black Heritage Night is when the LA Dodgers pay tribute to the rich history of black Dodger players.  It is also a celebration of black culture.

It takes place during the Los Angeles Dodgers/Arizona Diamondbacks game.  The first pitch is at 7:10 PM.

You can currently purchase an LA Dodgers Black Heritage Night ticket package.  You get a ticket to the baseball game plus an exclusive jersey honoring the great Dodger player Tommy Davis.

Tommy Davis, who wore #12 for the Dodgers, was a two-time National League Batting Champion.  He made his MLB debut in 1959.  He then won two consecutive NL batting crowns.  The first was in 1962 and he had a .346 average.  The second was in 1963 and he had a .326 average.  Tommy Davis passed away earlier this year, but his legacy lives on in Dodgers fans’ hearts and through this jersey.

The jersey also honors the rich history of black Dodgers players and former Negro League players who wore Dodger blue.  It was designed by the Dodgers Black Action Network.

Click here to purchase this ticket package.  But don’t delay doing it.  Because theme night packages usually sell out.  And the only way to get the exclusive jersey is to buy the official ticket package.

If the ticket package does sell out, though, you can still go to the game and have fun without getting the free jersey.  You can get cheap tickets for the game by clicking here.  And you can get a fanmade Mookie Betts #50 Los Angeles Dodgers 2022 Black Heritage Night Jersey here.

Win A Trip To Caesar’s Palace In Las Vegas