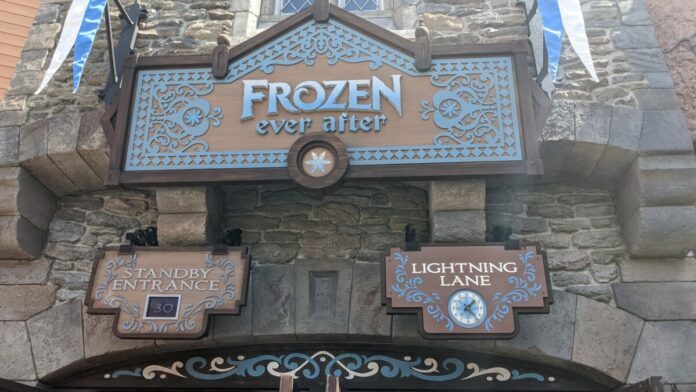 This has been updated to reflect the current Disney Genie Plus rides.

Starting February 25, 2022, Walt Disney World has made a change in their Disney Genie Plus policy.

Three rides have been added to the choice of Genie Plus attractions:

Previously, to access the Lightning Lane entrance of these attractions, you had to pay for each one individually.

But now, these rides are all included in the Genie Plus service, which is one fee and access to multiple rides.

As of right now, this is a temporary change that will last through August 7, 2022. We will keep you updated if this becomes permanent.

If these terms don’t quite make sense to you – don’t worry! Disney World recently started its Disney Genie program, which replaces the old Fastpass service. We’ll go over the terms and what you need to know right now.

Disney Genie is a service that includes a number of different features.  Some of the features are free, like checking wait times and getting personalized recommendations. Other features are for a fee and are not included with park tickets. You can access the Disney Genie through the My Disney Experience app. Even if you haven’t left for Orlando yet, you can pull up the Disney Genie Service on your phone and check it out. 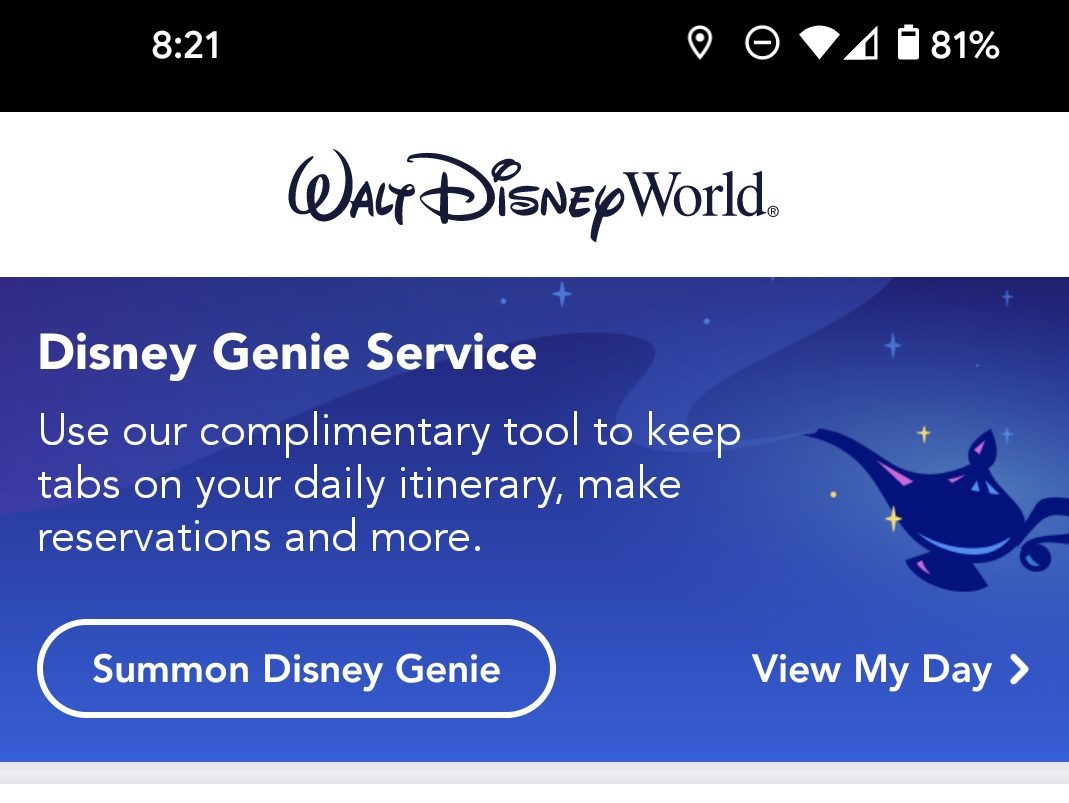 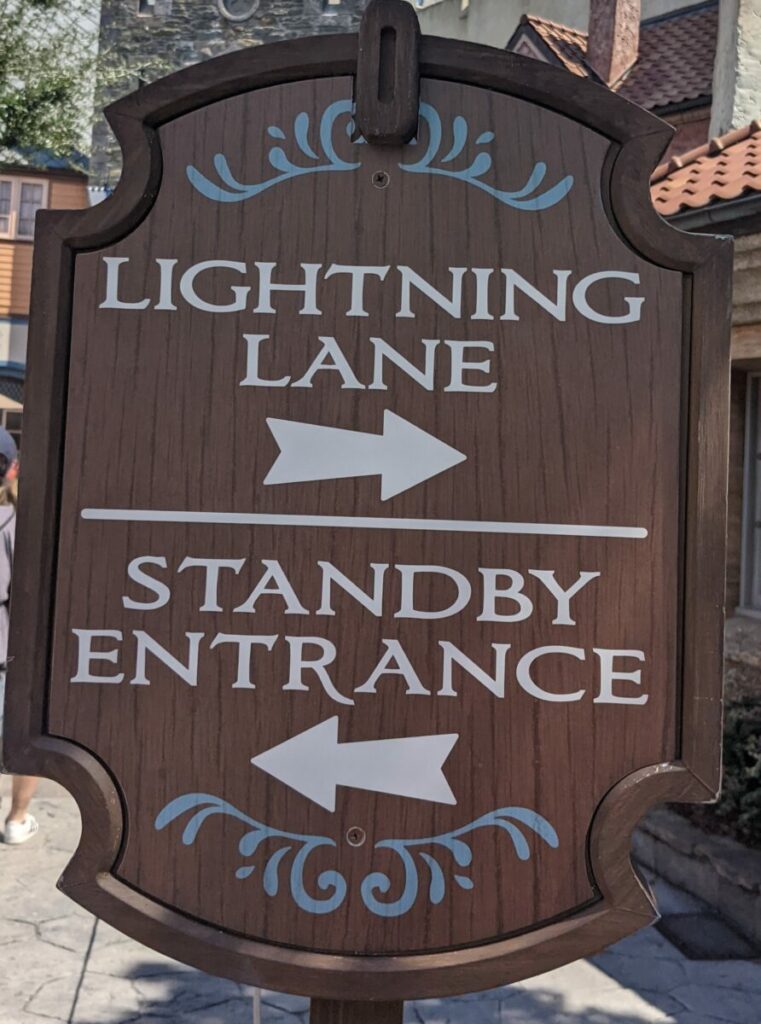 “Lightning Lane” refers to the entrance to or line for a ride.

Some of the rides at Disney World still only have one line, the standby line. One example is the Gran Fiesta Tour Starring The Three Caballeros ride at the Mexico pavilion in Epcot.

Most of the rides, however, have two lines.

The standby line is the regular line. Anyone in the park can get in this line.

The Lightning Lane line (or “queue”) is a more exclusive line. You have to pay an additional fee to use this line.

So how do you get to use this Lightning Lane entrance?

Well, there are two different ways you might pay to use the Lightning Lane line.

An Individual Lightning Lane selection means that you pay for just that one individual ride.

The three rides we mentioned earlier were previously Individual Lightning Lane rides. And starting on August 7, 2022, they will be again.

So how do you make an Individual Lightning Lane purchase?

Well, as we mentioned earlier, you can access the Disney Genie Service on the My Disney Experience app. You can go to the Tip Board and choose which park you want. Then, scroll down to find one of the rides that are eligible for an Individual Lightning Lane selection. There will be a button that says “LL Individual Lightning Lane” you can press. From there, you can choose a return time and pay for your selection. 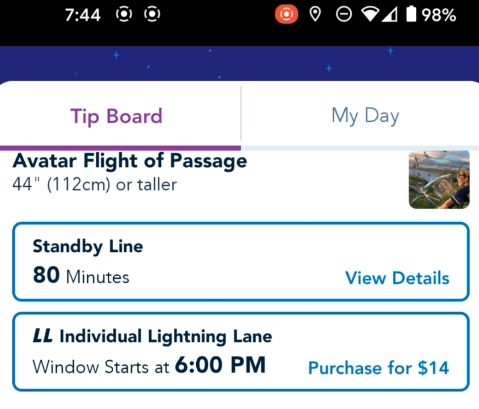 Guests staying onsite at a Disney World hotel can buy an Individual Lightning Lane selection starting at 7 AM. Otherwise, you can make a purchase starting at the time that the park opens.

You can buy up to 2 Individual Lightning Lane rides per day.

Prices vary depending on the date and the ride. They usually range between $9 and $15 (plus tax) but could go higher. And this price is not only per ride but also per person.

Lightning Lane with Disney Genie Plus

You can either buy it for every day of your trip beforehand, or you can add it per day. Annual passholders have to add it per day. If you add it per day, you’ll need to buy it on the same day (anytime after midnight). For example, on my last trip, I wanted to use Disney Genie Plus on a Monday. So a little after midnight Sunday night (which was technically early Monday morning), I went ahead and made the purchase for my family.

Speaking of which, Disney Genie Plus costs $15 (plus tax) per day, per person.

Tip: If you want to purchase Disney Genie Plus along with your tickets (which is the simplest way to do it), we recommend buying your tickets through Undercover Tourist. You can save up to $58 per ticket.

Once you have bought Disney Genie Plus, you can choose a ride using the Disney Genie service on the My Disney Experience app. You can make your first choice at 7:00 AM. (Unlike with the Individual Lighting Lane rides, this start time is for everyone, whether you are staying onsite or not.) Choose the park you want, scroll down to the ride you want, and then click on the button that says “LL Disney Genie+” and “Book Experience”. 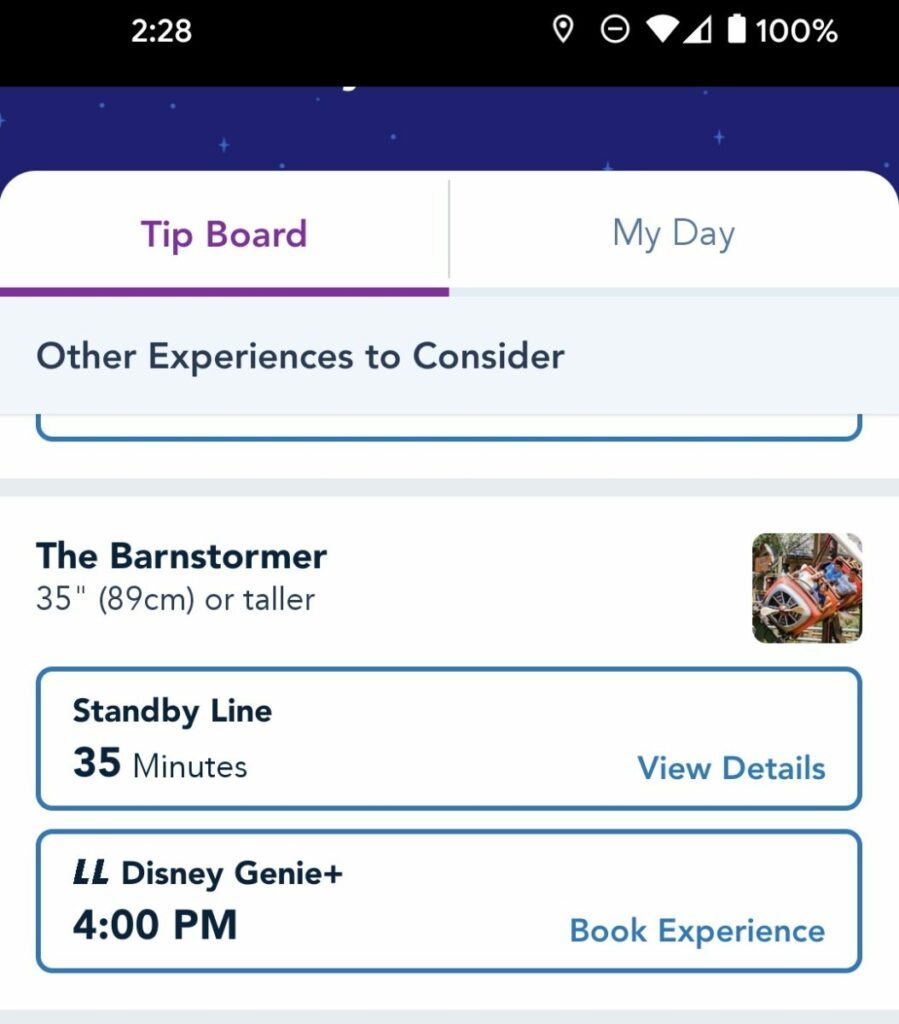 When you’re in the park, as we mentioned before, you will use the Lightning Lane entrance. You’ll need to “tap in.” This means you’ll need to use your MagicBand, Key to the World Card, or Disney MagicMobile Pass (in the My Disney Experience app) – use whatever it is that got you into the park that day. It’s similar to entering the park, except you won’t need to verify your fingerprint. Most rides make you “tap in” twice as you walk through the queuing area to enter the ride. This measure helps make sure that people aren’t sneaking into the Lightning Lane entrance without paying to use it.

Once you’ve tapped in twice, you can make your next Lightning Lane Genie+ selection.

But what if your LL Disney Genie+ return time was later in the day?

Well, if you already made a selection at 7:00 AM but you haven’t used it yet, you can make your next selection starting at 2 hours after the park opens. And then you can book the next one 2 hours after that, and so on. So if you won’t be in the park until later in the day, it is possible to have reserved multiple rides by the time you arrive.

However,  it is definitely worth noting that you do not get to choose your return time. With the Individual Lightning Lane (that’s the one you pay per ride), you can choose from available return times. But with the Disney Genie+ rides, you have to take the next available time.

Rides with a Lightning Lane Entrance

So now that we’ve gone over how it works, you may be wondering what rides have a Lightning Lane queue. We’ll take a look at that by park.

The Individual Lightning Lane ride is Seven Dwarfs Mine Train. Starting August 8, 2022, Space Mountain will also be an “ILL” attraction.

The attractions included in Genie Plus are Frozen Ever After (through August 7, 2022), Soarin’ Around the World, Test Track, Mission Space (Green and Orange), Journey into Imagination with Figment, The Seas Nemo & Friends, Living With the Land, Spaceship Earth, Disney and Pixar Short Film Festival, and Turtle Talk with Crush.

The Individual Lightning Lane ride is Star Wars: Rise of the Resistance. And Mickey and Minnie’s Runaway Railway will also be available for an “ILL” purchase starting August 8, 2022.

The attractions included in Genie Plus are Kilimanjaro Safaris, Na’vi River Journey, Kali River Rapids, DINOSAUR, It’s Tough to Be a Bug!, Feathered Friends in Flight, The Animation Experience, and A Celebration of Festival of the Lion King.

Is Disney Genie Plus Worth the Cost?

Just because you know how to use Disney Genie doesn’t mean you necessarily should! You may be wondering if Disney Genie Plus and the Individual Lightning Lane rides are worth the money. We go over that, including our own experiences, here.

Win A Trip to London To See An NFL Game