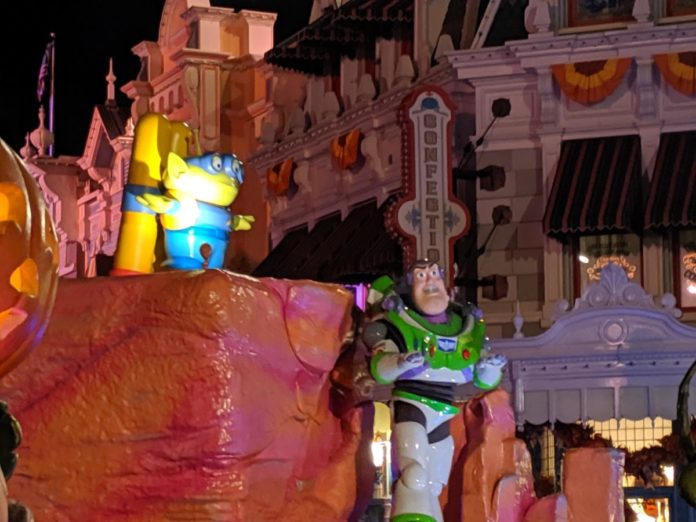 Have you seen the new parts of the Boo to You Parade at Magic Kingdom at Walt Disney World Resort in Orlando, Florida?

You can see it by attending the Mickey’s Not So Scary Halloween Party event.

You can read our 2019 Guide here to find out more information about this event as well as tips on how to save money on tickets.

The parade itself is one of my favorite parts of the Disney World Halloween party.

If you’ve been to the parade before, then you’ll recognize a lot of the music and floats.

But what is really exciting is that this year, Disney has added new parts!

You can see it for yourself in the video we made from the Mickey’s Not So Scary Halloween Party we attended last week.

There’s a new Captain Jack Sparrow/Pirates of the Caribbean float. There’s also an entire section for the Incredibles, including Mr. Incredible, Elastigirl and Edna Mode.

But once again, if you’ve seen it in the past and are hoping for some of your other favorite Disney characters, don’t worry!

Here are some of the other Disney characters that appear in the parade:

Save On Round Trip Flights Starting at $48.38

Win A Trip To Orlando And The Pro Bowl

How To Pay Less Than $50 For Tickets to Disneyland Paris