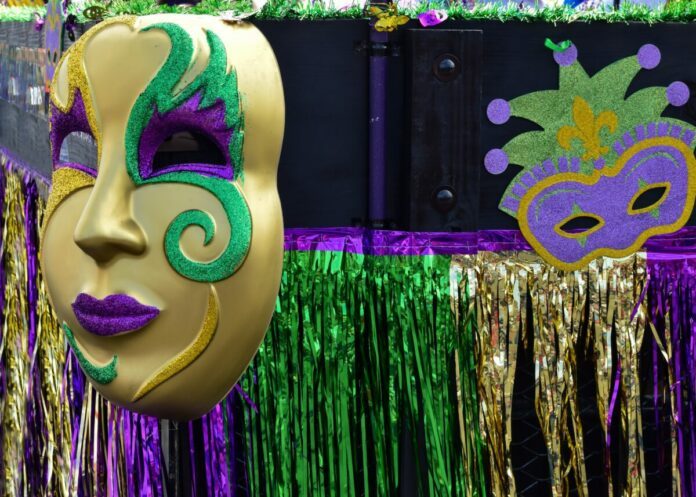 Mardi Gras is the final night before the beginning of Lent, making it the perfect time to indulge in all your favorite foods. Also called Fat Tuesday, Mardi Gras historically was a night of society balls in which rich foods were served. Over time, the celebration was turned into a carnival with parades in which participants wore masks.

Galveston, Texas, is in the top 5 United States cities with the largest Mardi Gras celebrations. You can enjoy dozens of concerts, balcony parties and parades in the days leading up to Fat Tuesday.

Enjoy the incredible food, music, beads and crowds bursting with excitement. And when you add the beach and beautiful views of the island of Galveston, this truly is a very special time.

The parades will begin on February 18, 2022. The Funky Uptown Umbrella Brigade has been breaking world records for having the most decorated umbrellas in a single parade since 2011. The parade goers dance along on their route, stopping to do the “Hokey Pokey” under the iconic Mardi Gras Arch. There are a number of parades each day on the weekends as well as parties.

Also, on Saturday, is the 12th Annual Zaniest Golf Cart Parade. The Zany Golf Carts are decorated in purple, green and yellow beads and other “zany” decorations.

Also on Sunday is the Los Lobos Vaqueros Parade with Roy Lopez of the Houston Texans. This lively parade features Roy Lopez, Miss Galveston Latina, marching bands, mariachi bands and decorated floats. Costumed people on the floats will be tossing beads, candy and other Mardi Gras swag to the crowds.

On Friday, February 25, 2022, is the Danny Weber Memorial Fire Truck Parade. More than 25 fire trucks from the region will go through the Entertainment District with an impressive chorus of sirens and horns. This is a crowd favorite.

On Saturday, February 26, 2022, Mix 96.5 hosts the Mardi Gras Kings Parade. Elaborately decorated floats have people dancing on them to top hits and tossing beads to the crowds.

Among the parades on Saturday is the Jumpin’ Jays Bumping Bus Parade – So Fly It’ll Make You Wanna Die. This parade gets the spectators movin’ and groovin.’ More than 20 decked out party buses drive through the Entertainment District, bumping music and tossing beads.

Sunday is Family Gras! Parades that day include Shriners Hospital for Children & Sunshine Kids Parade, Krewe of Barkus & Meoux Parade by the Humane Society and the Firefighters Children’s Parade.

On Tuesday, March 1, 2022, the Mystic Krewe of Aquarius presents the annual Fat Tuesday Mardi Gras Parade. Marching bands, dancers and floats will make their way through the Strand historic district in the last hours of Mardi Gras Galveston 2022.

If you’d like to visit Galveston to enjoy the Mardi Gras celebrations, you should consider the following hotels. They’re located near the festivities and, if you click on our links, you can save money on your stay.

Save on Dania Beach Hotels