Have you heard the news? Guests of Disney World resort hotels can get into the parks half an hour early with Early Theme Park Entry!

This special perk for guests was supposed to start on October 1, 2021, in time for the 50th Anniversary Celebration. But Disney World decided to start Early Theme Park Entry, well, early, and guests have been enjoying it since September 26. As mentioned, guests can get in 30 minutes early to Magic Kingdom, Epcot, Animal Kingdom, and Hollywood Studios. And we at Green Vacation Deals were able to try it out at Magic Kingdom and Epcot!

We’ll go over our experiences and how it worked. We’ll also list all the hotels that give you this early access to the theme parks. And we’ll let you know which attractions are available – not every ride will be running during the Early Theme Park Entry time period.

Since we were staying at Disney’s Boardwalk Villas, we took a bus to the Magic Kingdom. Our bus left the Boardwalk around 8:04 am, and we pulled up to the park for drop off around 8:15 am. This was to make an 8:30 am Early Entry, since the park would open to the general public at 9:00 am.

We went through the security check and the “turnstiles” (where you use your Magic Band, Key to the World Card or Disney MagicMobile pass to enter). After that, we walked down Main Street USA and headed for the Hub in front of Cinderella Castle. Two lines had already formed: one to get into Tomorrowland and another to get into Fantasyland. These are the only two lands that are open during the Early Entry period, but you can’t actually get into them until the Early Entry time officially starts. 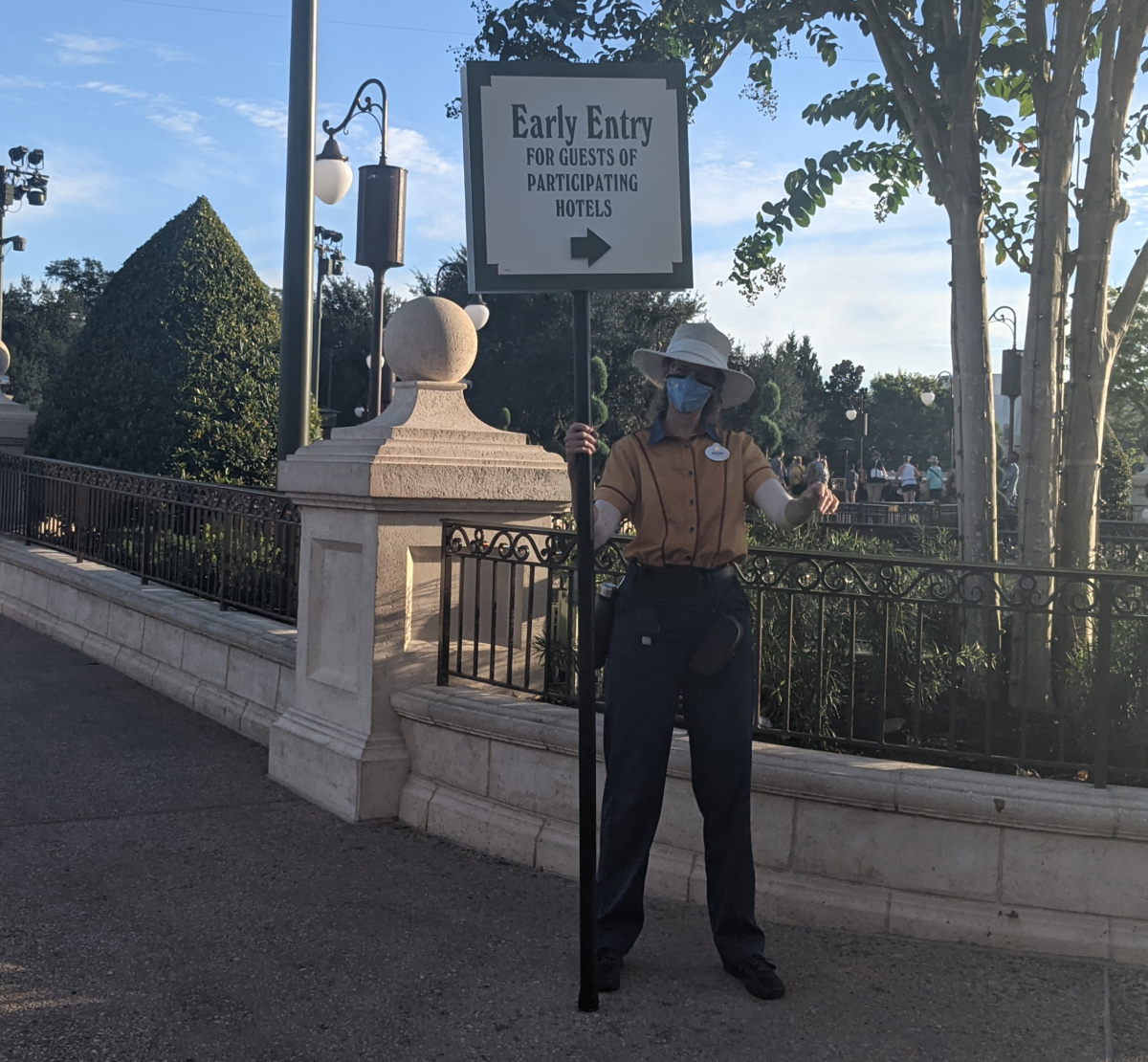 We decided to get into the Fantasyland line so that we could head to Peter Pan’s Flight. A cast member checked the Magic Band of one of the members of our group to verify we were staying at a Disney resort – they don’t need to check for every single person. If you don’t have a Magic Band, you can show your Resort ID.

By this point, we didn’t have very long to wait until 8:30 am. Once it was 8:30 (and not earlier!), we headed to the Peter Pan ride. The majority of the line of people walking into Fantasyland seemed to be headed to Seven Dwarfs Mine Train. By the time we reached Peter Pan’s Flight, it was 8:37. The line moved continuously until we reached the part of the queuing area that includes the blocks in the nursery. And we we got onto the ride around 8:45! This 8 minute wait was definitely far shorter than any wait time we saw listed for the rest of the day.

Since we were right at It’s a Small World, we decided to ride it next. We didn’t want to head to an attraction that was farther away, since the 30 minute Early Entry time would be over soon. We entered the beginning of the Small World queuing area at 8:50 and were boarding the boat by 8:51. And only every other row on the boat was being used. 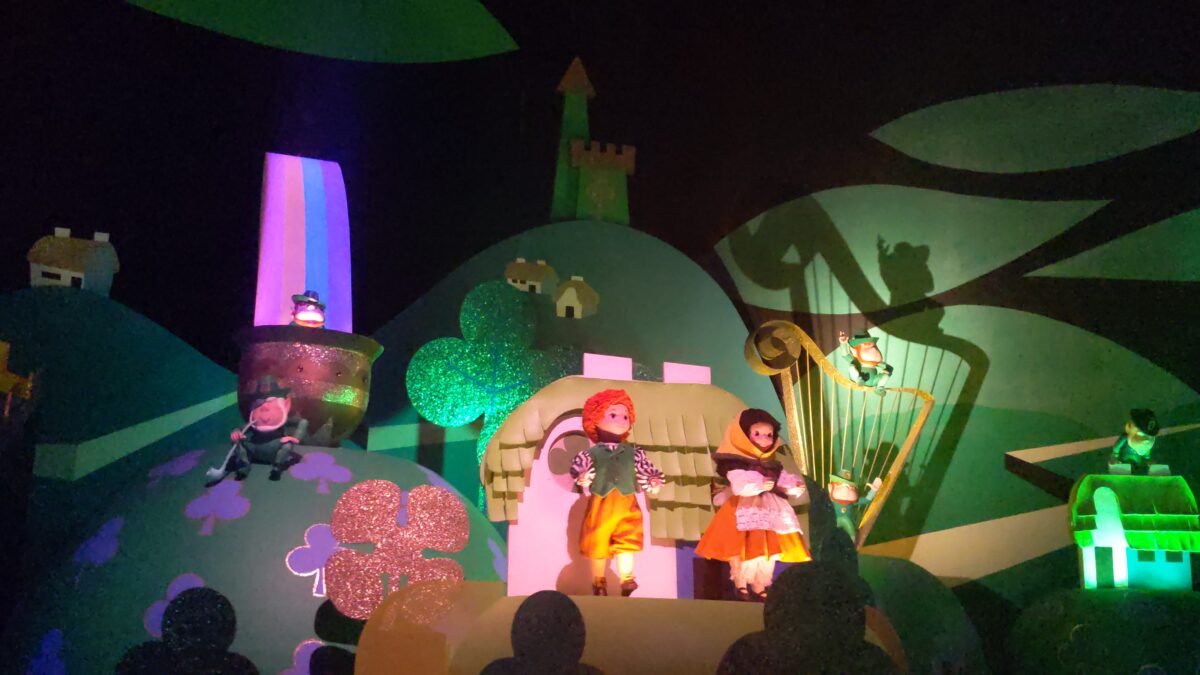 All in all, the short wait for Peter Pan’s Flight made the experience worth it. And it was a fairly simple process, as long as you know which parts of the park were open.

Note that if you want to be one of the first few people on a particular ride, you’ll want to arrive at the park even earlier than we did – but you absolutely don’t need to do that to enjoy shorter lines!

Also, we did the same thing – riding Peter Pan’s Flight and It’s a Small World after arriving from Disney’s Boardwalk – on one more day, at the beginning of October, to see if expected heavier crowds would make a difference. They did not, as all of our times (arriving, getting into the queue, boarding the ride, etc) were within 2 minutes of what they were the first time we tried it!

Currently, you can’t do Early Entry to more than one park on the same day, because of park hopping rules – even if you have a park hopper ticket, you can’t visit your second park until 2:00 pm. So, on another day, we tried out the Epcot Early Entry.

Since we were staying at Disney’s Boardwalk resort, we walked to the park (we could have also taken a boat) and entered Epcot through the International Gateway. This is the entrance that is closest to the Epcot resorts (Boardwalk, Beach Club, Yacht Club, Swan & Dolphin) as well as the Disney Skyliner station at Epcot. It’s located in between the France and United Kingdom pavilions.

Since the regular park opening time was 11:00 am, this meant resort guests could start riding select attractions at 10:30 am. We showed up around 10:20 am. Although some people headed toward the France pavilion to wait to enter the rest of the park, we went in the direction of the United Kingdom instead. Either way would have taken us to the attraction we wanted to hit, Frozen Ever After.

Similar to the Magic Kingdom, crowds were held back from entering more of the park until that 30 minute time period officially began. We got to the Frozen ride by 10:39 am. Many others around us turned left to head to the front of the park for other rides, which meant the crowd kept thinning out as we walked. This honestly made the process more pleasant and relaxed.

By 10:40, we were walking inside the indoor queuing area. And 5 minutes later, we were getting onto the ride itself! 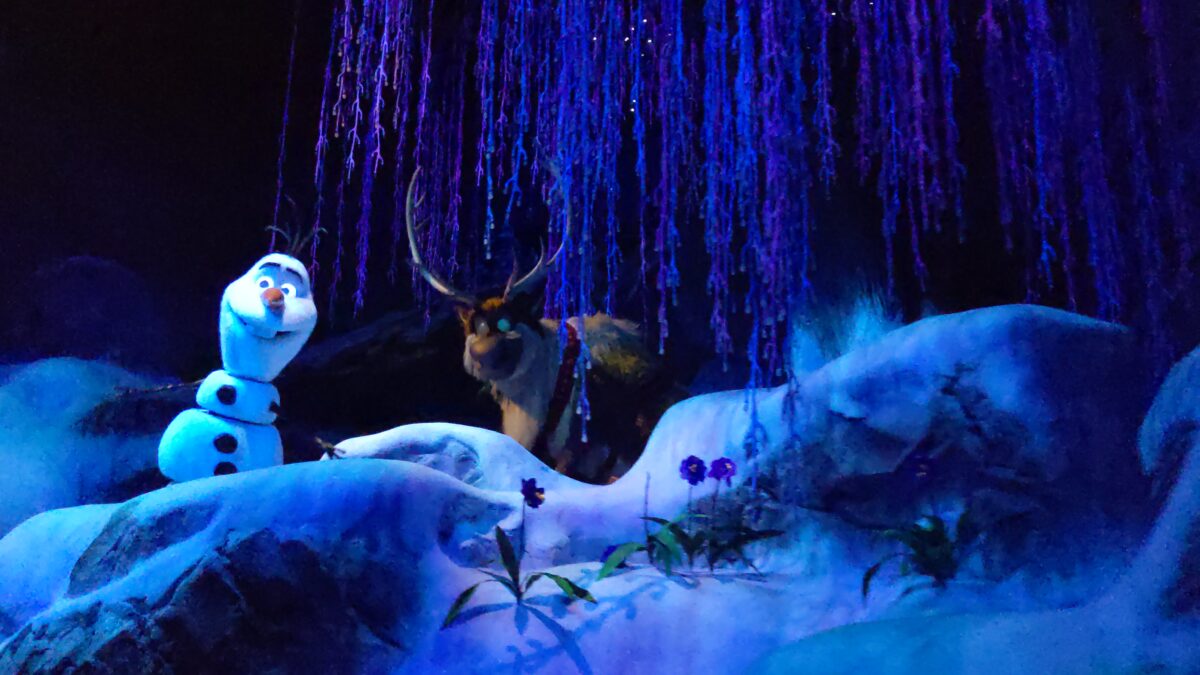 We noticed that at 10:54 (after riding the attraction and exiting through the gift shop), the wait time posted was still only 10 minutes. And the line appeared to be only barely out the door. So although we didn’t, we certainly could have gotten back in line to ride it one more time without having to wait very long.

Since Epcot tends to open a little later than the other Disney World theme parks, it’s an excellent option for resort guests who want to take advantage of Early Entry – but don’t want to have to get up TOO early!

So now that you know what entering the parks early is like, let’s take a look at what hotels are eligible for this benefit.

As we mentioned earlier, not every ride is running during Early Entry. You can, however, enjoy the following attractions when you come early. Please note that this selection of rides is subject to change, either because Disney World decides to alter the list, or because a particular ride happens to be down or closed for refurbishment.